The Year is 1921. Spain is experiencing a turbulent and chaotic moment in history: these are the years of the lead, the result of violent street clashes between thugs and anarchists. Gangsters and illegal businesses are deeply embedded in society. In this situation of unrest, Aníbal Uriarte, is the police officer sent to Barcelona to assist in the arrest of those guilty of stealing a military train. Aníbal and his ways do not find much support among his companions, and soon the clashes and mistrust with Inspector Rediú, a corrupt superior begin. Aníbal will come into contact not only with the underworld of Barcelona society, but also with the most radical anarchists in the world, ready to do anything to achieve their goals. There he will meet Sara, a young fighter and volatile woman, whose encounter will have unexpected consequences for both. 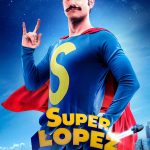