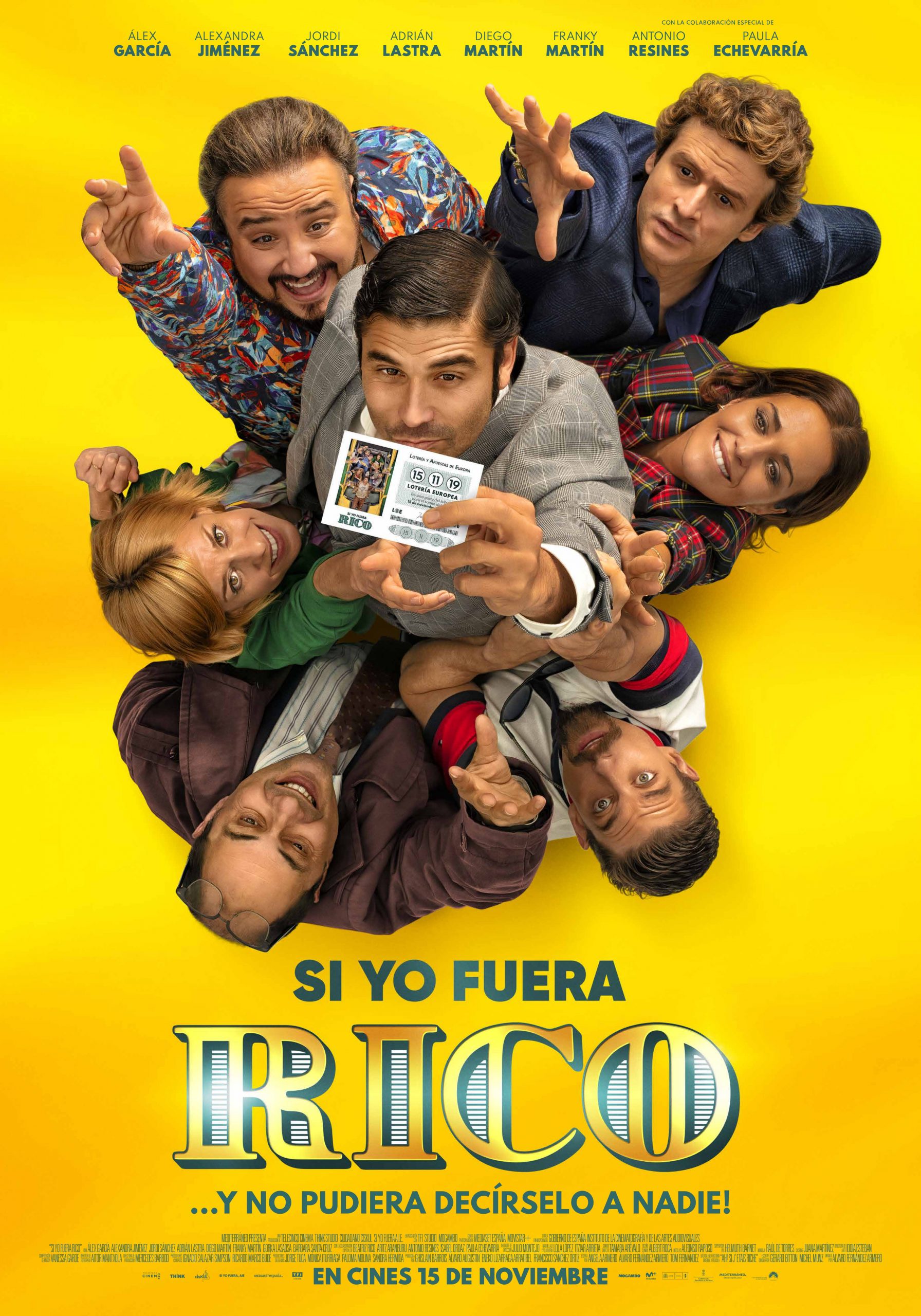 If I were a rich man

Santi is a forty-something years old with any lucky on life: fired from a year ago from the factory where he worked, his nine years of marriage with Maite close to end after she files for divorce. Not having money and living in his van after he was expelled from their house waiting for a job that it never comes, he passes the days with his best friends Marcos, a family father with two children happily married with Lorena, and Pedro, a single gas station worker who continues living with his mother, self-convinced to be a love machine with women.

Trying to have a moment of peace, Santi and friends go to an alumni meeting, where he realizes that his former classmate Mario is now a successful man and the new boss of Maite in the supermarket where she works. After a bitter visit to the lawyers with Maite to regularize the divorce, Santi decides to buy a lotto ticket as a last hope to change his luck. To the next day, a surprised Santi learns on the radio that the ticket has been prized with 25 millions and goes to the bank to take the money, but fearing to be exposed to the public eye he runs from the bank. However, bank manager Damián approaches Santi to advise about how to manage the 25 millions, where Santi discovers an undesirable news: due to the conditions of his marriage with Maite, she has right to the half of the prize.

Denied to give her 12.5 millions, Santi starts to spend his money in secret enjoying of all kind of luxuries, pretending to be poor for all the rest. In an act of good will, Maite gets Santi a job interview with Mario, working reluctantly as store restock. Trying to better the lives of Marcos and Pedro, Santi uses part of his money with them, with disastrous consequences, at the same time that his attempts to reconcile Maite fail too. But all it changes when by chance Santi is reported by Damián about Mario’s real intentions with the supermarket.

Will can Santi fix all the troubles that the money caused before it be too much late?